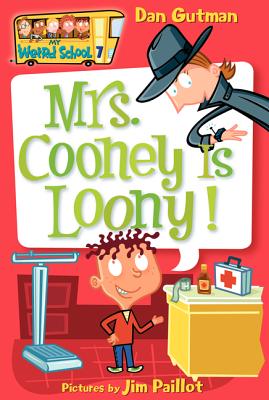 This is book number 7 in the My Weird School series.

In this seventh book in the My Weird School series, A.J. has his first crush! And it’s on the school nurse, Mrs. Cooney. She is the most beautiful and nicest lady in the history of the world. But are her charms just a cover for her secret identity as an international spy? Will A.J.'s love for Mrs. Cooney win out over his love for America?