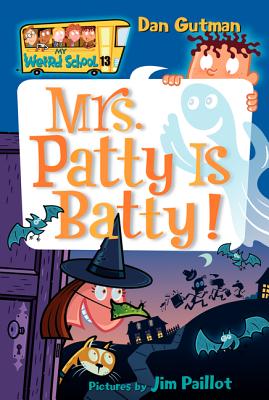 This is book number 13 in the My Weird School series.

It’s Mischief Night in this thirteenth book in the My Weird School series! Ella Mentry School’s secretary, Mrs. Patty, gives out the best Halloween candy in the history of the world! So A.J. decides to go to her home for more! The only problem is that her house is haunted! People say she's a witch and her husband is a ghost. Is it worth A.J.'s risking his life for the best candy ever?