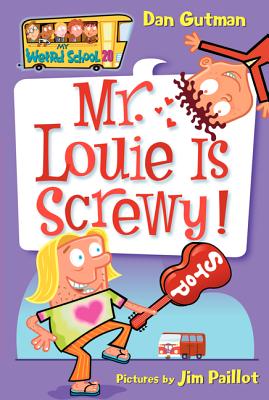 This is book number 20 in the My Weird School series.

In the twentieth book in the My Weird School series, something groovy is going on! It's Valentine's Day! And Mr. Louie, the hippie crossing guard, put a love potion in the water fountain. Now teachers are flirting with each other! Girls are asking boys out on dates! Will A.J. have to kiss Andrea? Not if he can help it. Yuck!