The Cow That Laid an Egg (Hardcover) 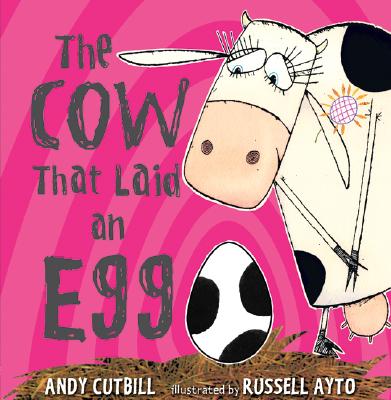 Marjorie is an insecure cow who wishes she had some special talent. She can't ride a bicycle or do handstands like the other cows. Then one morning (thanks to a bunch of scheming chickens and a paintbrush), Marjorie is astonished to discover something extraordinary: shes laid an egg!

Andy Cutbill is the author of The Cow That Laid an Egg, illustrated by Russell Ayto. Andy also created and developed Albie, the award-winning British animated television show for children. Prior to his successful show, he spent several years writing television commercials. He still spends his time writing for grown-up companies but occasionally escapes to write children's books. He lives in Devon, England, with his wife, son, daughter, and dog.