My Weird School Daze #4: Coach Hyatt Is a Riot! (Paperback) 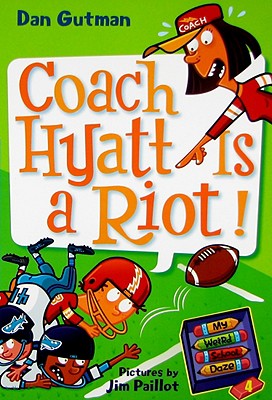 This is book number 4 in the My Weird School Daze series.

In this fourth book in the My Weird School Daze series, the Pee Wee Football season is here! But A.J.'s new coach is crazy. She wants the boys to do push-ups in the mud. She wants them to pick up a car. She even wants to put girls on the team! You'll never believe in a million hundred years what happens in the big game.

“Even the most reluctant reader will be drawn in.” — School Library Journal

“Even the most reluctant reader will be drawn in by the humor and repetitive silliness. Add where beginning chapter books are needed.” — School Library Journal