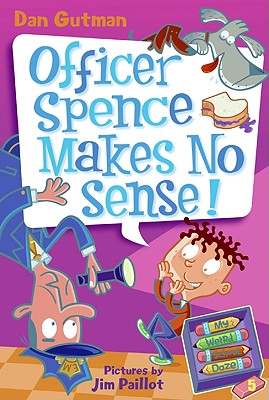 This is book number 5 in the My Weird School Daze series.

In the fifth book in the My Weird School Daze series, the weirdness never stops! The security guard at Ella Mentry School has gone off the deep end! Somebody is stealing peanut butter and jelly sandwiches from the vomitorium, and Officer Spence is on the case. He's arresting everybody in sight! Somebody is going to go to jail! Who is it? You'll have to read the book to find out.