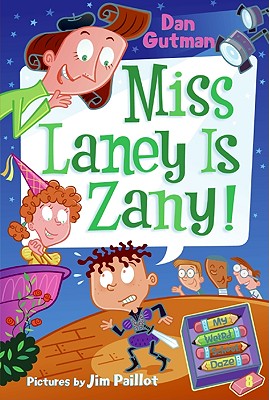 This is book number 8 in the My Weird School Daze series.

A.J. has to go see Miss Laney, the speech teacher, which makes no sense at all because he already knows how to talk. Miss Laney has him say weird tongue twisters and forces him to be the lead in the third-grade play, Romeo & Juliet. And you'll never guess in a million hundred years who's going to play Juliet. Will there be kissing? Ew, disgusting!