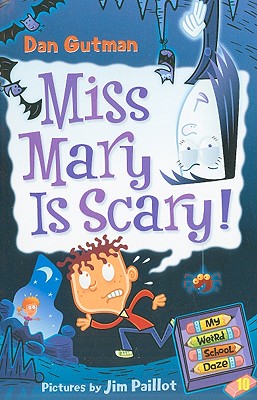 This is book number 10 in the My Weird School Daze series.

Something weird is going on! In the tenth book of the My Weird School Daze series, Mr. Granite has been assigned a student teacher, and A.J. and the gang think she might be a vampire. Miss Mary lives in a cave and sleeps hanging upside down from the ceiling. Her boyfriend, Zack, looks like a zombie and plays in a heavy metal band. And worst of all, they're British! Quick, get the garlic!

Perfect for reluctant readers and word lovers alike, bestselling author Dan Gutman’s insanely popular My Weird School series has something for everyone. Don’t forget to join A.J. and the gang on the rest of their hilariously weird adventures in the third grade.