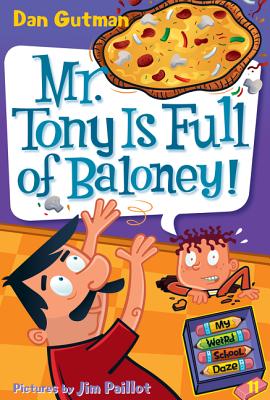 This is book number 11 in the My Weird School Daze series.

In this eleventh book of the My Weird School Daze series, A.J.’s mom has a new job! That means A.J. will have to go to After School Kids’ Kare. And Mr. Tony, the guy who runs it, is totally weird. He wants to get into the Guinness Book of World Records by making the world’s largest pizza! Will A.J. and the gang be able to tunnel out of the child-care room and escape to freedom? Run for your lives!