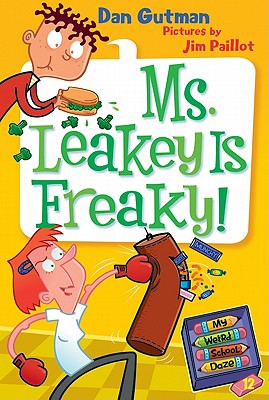 This is book number 12 in the My Weird School Daze series.

Oh no! In this twelfth book in the My Weird School Daze series, kids are getting too unhealthy, so Ella Mentry School has hired a health teacher to help the kids eat right and exercise.

Ms. Leakey is a real health nut. She makes a punching bag filled with junk food! She designs a robot that smokes and drinks! She opens up a fast food restaurant that sells broccoli burgers! She puts sunscreen on her car!