My Weird School Special: We’re Red, Weird, and Blue! What Can We Do? (Paperback) 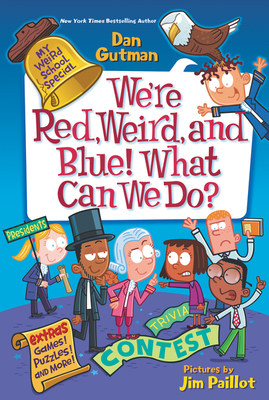 This is book number 7 in the My Weird School Special series.

With more than 23 million books sold, the My Weird School series really gets kids reading!

In honor of Presidents’ Day, A.J. and Andrea from Ella Mentry will compete against their Dirk School rivals in the ultimate Presidents’ Day Challenge! The winning school will get bragging rights, a free trip to an amusement park, and a top-secret prize.

The only problem is that A.J. doesn’t know anything about U.S. presidents, unless it involves their use of toilets! Will A.J. and Andrea be able to work together as a team and bring home the win?

This is one weird Presidents’ Day special you won’t want to miss!