Behind the Scenes: or, Thirty Years a Slave, and Four Years in the White House (Paperback) 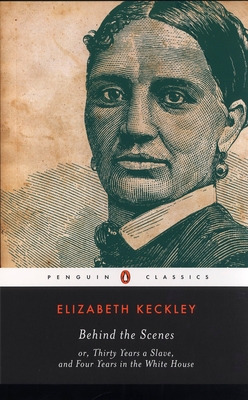 Originally published in 1868—when it was attacked as an “indecent book” authored by a “traitorous eavesdropper”—Behind the Scenes is the story of Elizabeth Keckley, who began her life as a slave and became a privileged witness to the presidency of Abraham Lincoln. Keckley bought her freedom at the age of thirty-seven and set up a successful dressmaking business in Washington, D.C. She became modiste to Mary Todd Lincoln and in time her friend and confidante, a relationship that continued after Lincoln’s assassination. In documenting that friendship—often using the First Lady’s own letters—Behind the Scenes fuses the slave narrative with the political memoir. It remains extraordinary for its poignancy, candor, and historical perspective.

Elizabeth Hobbs Keckley (1818–1907) was born a slave near Dinwiddie Court House, Virginia, and, after purchasing her freedom, became head of the Domestic Science Department at Wilberforce University in Ohio.
William L. Andrews is E. Maynard Adams Professor of English at the University of North Carolina at Chapel Hill. He is the author of To Tell a Free Story and editor or coeditor of more than thirty books on African American literature.