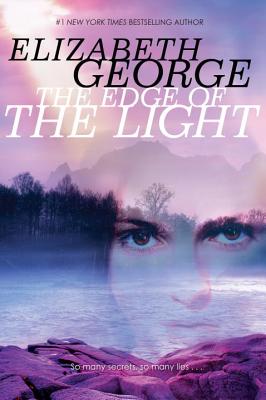 This is book number 4 in the The Edge of Nowhere series.

Seth Darrow is a straightforward guy, and he likes life to be simple.  Lately, it’s been anything but.

Since his beloved grandfather’s stroke, Seth has been focused on getting Grand home again, before his aunt can take advantage of the situation to get her hands on Grand’s valuable real estate. Seth would also like to get his relationship with Prynne on solid ground. He loves her, but can he believe she has her drug use under control?

Meanwhile, things are complicated for the other Whidbey Island friends. Derric has found Rejoice, the sister he left behind in Uganda, but no one – including Rejoice – knows she is his sister. Jenn is discovering feelings for her teammate Cynthia, feelings her born-again Christian mother would never find acceptable. And Becca, hiding under a false identity since her arrival on the island, is concealing the biggest secret of all.

In the final book of the Whidbey Island saga, events build to an astonishing climax as secrets are revealed, hearts are broken, and lives are changed forever.

Elizabeth George, described by Entertainment Weekly as “the queen of the mystery genre,” is the author of the bestselling crime novels about Inspector Thomas Lynley. Her books are known for complex plotting, elegant writing, and well-developed characters, all of which she also brings to her novels for teens.

The first book in the Whidbey Island saga, The Edge of Nowhere, was a finalist for both the Edgar and Agatha Awards. The subsequent three books continue the story in the island setting, which is notable for its beauty and mystery.

Elizabeth George lives on Whidbey Island.  She says, “Whidbey Island deserves to be ‘someone’ in a story.  I only hope I’ve done it justice."

Praise for The Edge of the Light:

"This volume weaves several plot strands together, with a bit of mystery, some romance, drug issues, and a dash of paranormal . . . Intriguing details of Northwest island life continue to draw readers in." —Kirkus Reviews

"Series fans will happily gulp down this conclusion to multiple satisfying mysteries." —Booklist

"The author brings Whidbey Island to life, a place that is a world by itself. The author tackles issues of poverty, illness, and drug-abuse, maintaining realism with just a twinge of the metaphysical." —VOYA

Praise for The Edge of the Shadows:

“On Whidbey Island, everyone has got a secret, and those secrets intertwine in fascinating and intricate ways. . . those who are already hooked on George’s clear expository style and elegant construction will find much to enjoy.” —Booklist

"Readers eager to revisit the residents of Whidbey Island will find much to love here. . . Enjoyable." —School Library Journal

Praise for The Edge of the Water:

“One need not have read the first book to be engrossed. . . a riveting story. . . readers will be eager for the next installment.” —VOYA

“Readers will remember Whidbey for decades to come. George has scored an ‘A+’ again. . . waiting for book number three is going to take an incredible amount of patience. Bravo!” —Suspense Magazine

Praise for The Edge of Nowhere:

“George has created an interesting set of characters and plot twists that teenagers who like adventure and mysteries will enjoy." —School Library Journal

"In her first foray into YA fiction, Ms George (a beloved adult suspense novelist) has hit the nail on the proverbial head with this action-packed, mysterious, and somewhat 'creepy' novel . . . the writing is superb from Ms. George, as always but . . . it's the combination of great characters and relationships that truly have this novel raising the bar when it comes to today's YA fiction." —Suspense Magazine