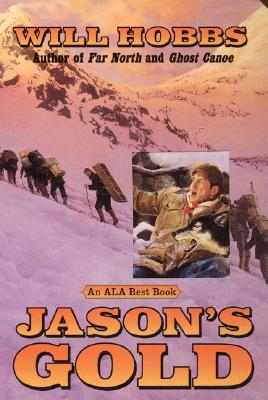 "Gold!" Jason shouted at the top of his lungs. "Read all about it! Gold discovered in Alaska!"

Within hours of hearing the thrilling news, fifteen-year-old Jason Hawthorn jumps a train for Seattle, stow away on a ship bound for the goldfields, and joins thousands of fellow prospectors attempting the difficult journey to the Klondike. The Dead Horse Trail, the infamous Chilkott Pass, and a five-hundred-mile trip by canoe down the Yukon River lie ahead. With help from a young writer named Jack London, Jason and his dog face moose, bears, and the terrors of a subartic winter in this bone-chilling survival story.

Will Hobbs is the award-winning author of nineteen novels, including Far North, Crossing the Wire, and Take Me to the River.

Never Say Die began with the author's eleven-day raft trip in 2003 down the Firth River on the north slope of Canada's Yukon Territory. Ever since, Will has been closely following what scientists and Native hunters are reporting about climate change in the Arctic. When the first grolar bear turned up in the Canadian Arctic, he began to imagine one in a story set on the Firth River.

A graduate of Stanford University, Will lives with his wife, Jean, in Durango, Colorado.