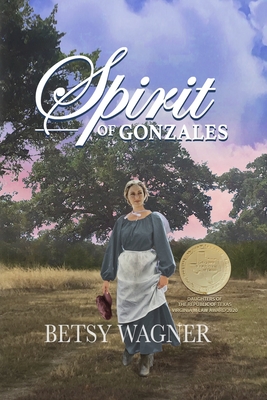 The story of a young pioneer girl who settled in Gonzales, Texas, just in time for the revolution. There is a spirit of vigor and courage in Texas. It inspired the early settlers, and it unified them during rough times. That spirit of determination rallied the men who defended the Alamo and fortified the volunteers who followed Sam Houston to San Jacinto. In 1831, Sydnie Gaston's family had that spirit. Like many other families, they left the comforts of their home in the United States to brave the wilds in what was then Mexico. They settled in a village on the Guadalupe River and were soon swept up in the hardships of pioneer life. They overcame Indians and nature, and they helped to fight in a war against a deceitful government. Sydnie was one of many authentic women who fought for a better life in what became the Republic of Texas. And it all started with the Spirit of Gonzales.