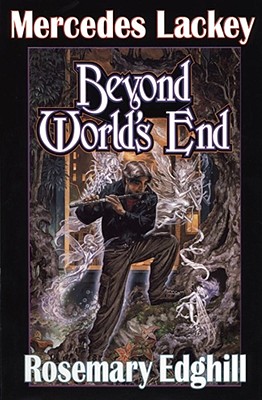 This is your soul on drugs...
After the events chronicled in Bedlam's Bard, world-saving bard and magician Eric Banyon moves into his new New York apartment hoping to settle down to the quiet life. No such luck: his building is a safe-house for a group of occultist Guardians protecting the city from supernatural evil. And there's a new evil for them to quard against....
When unethical drug researchers discover that they can induce amazing mental powers using psychotropic drugs, they begin planning to raise a drug-enslaved army of mercenaries and grow very, very rich. But this gets the attention of Aerune mac Audelaine, lord of the dark Unseleighe Sidhe, who hopes to use the drugs to break through to the human world and feed on the suffering there. Both plans will bring terror to the world -- and both are threatened by the very existence of Eric Banyon.
With his possibly loyal companions -- a beautiful elven half-breed and a gargoyle -- Eric heads for a three-way battle of wizardry that will determine Gotham's fate -- and his own.