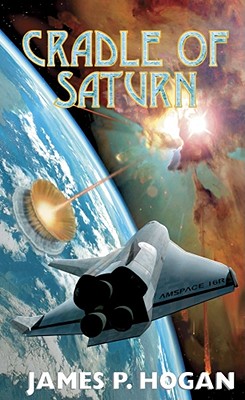 THAT PLANET HAS NO RIGHT TO BE THERE Among the Saturnian moons, farsighted individuals, working without help or permission from any government, have established a colony. They call themselves the Kronians, after the Greek name for Saturn. Operating without the hidebound restrictions of bureaucratic Earth, the colony is a magnet, attracting the best and brightest of the home world, and has been making important new discoveries. But one of their claims -- that they have found proof that the Solar System has undergone repeated cataclysms, and as recently as a few thousand years ago -- flies in the face of the reigning dogma, and is under attack by the scientific establishment.
Then the planet Jupiter emits a white-hot protoplanet as large as the Earth, which is hurtling sunwards like a gigantic comet that will obliterate civilization....