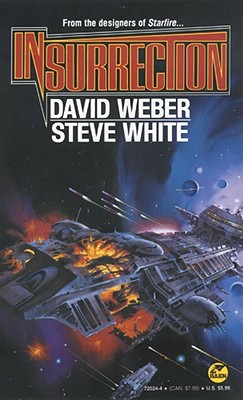 This is book number 1 in the Starfire series.

After fighting the Khanate, with the crucial help of the Fringe Worlds, the Inner Worlds have decided not to give up the powers they seized during the war. Rather than allow the Fringers representation in the Federation, they are inviting the Khanate in. The Fringers have only one answer to that: Insurrection.