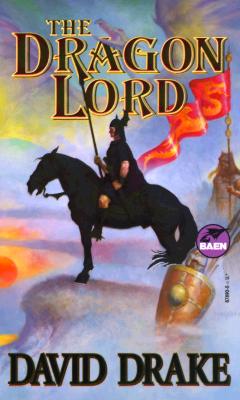 Arthur, warlord of Britain, has forged a mercenary army more savage and terrible than the Saxon barbarians who have invaded his island. Victory isn't enough: now Arthur wants to annihilate the Saxons by becoming The Dragon Lord.

Mael and Starkad, an Irish adventurer and his giant Danish companion, are warriors in a warrior age; men who have fought all across Europe for survival and pay -- and always for each other. Now they must seek an ancient skull from which Merlin's wizardry can raise a dragon, and also the weapons by which alone the dragon can be controlled.

Accompanied by a priestess older than time, their search takes them from a monster-haunted lake, to the barrow of a thing no longer dead, and to a battlefield where the enmity of Briton and Saxon rises to a cataclysm which drowns the earth in blood.

Yet one task remains. The fiery breath of the dragon Mael and Starkad have helped create can sweep the land clear of all life if it ever escapes from Merlin's control.

And the dragon is about to escape!