The Snows of Kilimanjaro and Other Stories (Paperback) 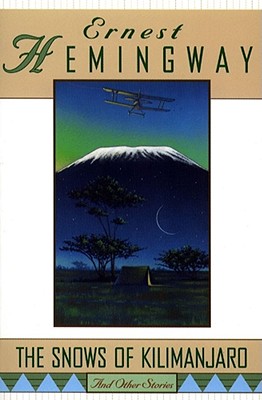 The ideal introduction to the genius of Ernest Hemingway, The Snows of Kilimanjaro and Other Stories contains ten of Hemingway's most acclaimed and popular works of short fiction.

Selected from Winner Take Nothing, Men Without Women, and The Fifth Column and the First Forty-Nine Stories, this collection includes "The Killers," the first of Hemingway's mature stories to be accepted by an American periodical; the autobiographical "Fathers and Sons," which alludes, for the first time in Hemingway's career, to his father's suicide; "The Short Happy Life of Francis Macomber," a "brilliant fusion of personal observation, hearsay and invention," wrote Hemingway's biographer, Carlos Baker; and the title story itself, of which Hemingway said: "I put all the true stuff in," with enough material, he boasted, to fill four novels. Beautiful in their simplicity, startling in their originality, and unsurpassed in their craftsmanship, the stories in this volume highlight one of America's master storytellers at the top of his form.

Ernest Hemingway did more to change the style of English prose than any other writer of his time. Publication of The Sun Also Rises and A Farewell to Arms immediately established Hemingway as one of the greatest literary lights of the twentieth century. His classic novel The Old Man and the Sea won the Pulitzer Prize in 1953. Hemingway was awarded the Nobel Prize for Literature in 1954. His life and accomplishments are explored in-depth in the PBS documentary film from Ken Burns and Lynn Novick, Hemingway. Known for his larger-than-life personality and his passions for bullfighting, fishing, and big-game hunting, he died in Ketchum, Idaho on July 2, 1961.