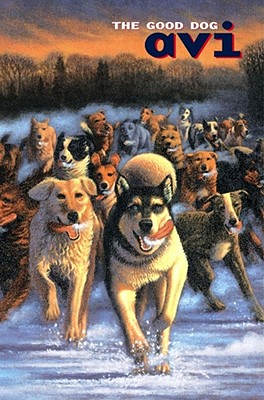 By Avi
Email or call for price.
Special Order

In the Colorado mountain town of Steamboat Springs there must be three hundred dogs.

Jack's malamute, McKinley, is the leader of them all. But Jack, being human, has no way of knowing that. For him, his family's dog is just a great pal. And protector.

Jack cannot know that Redburn, a "leash-licking" Irish setter, is McKinley's rival for the job of head dog. The boy cannot know, with the sudden hillside appearance of a she-wolf, Lupin, that not only McKinley's job -- but his life -- is in danger. Lupin's message: Dogs free yourselves from mankind. Come join us, we who need you to replenish our diminishing wolf pack in the wild.

But imagine how a good dog, loyal to his human pup, would hear Lupin's call!

McKinley's thrilling story tells itself, as first he and the boy together encounter Lupin in a canyon perfect for an old-time ambush, and later as they try to save her from both Redburn and a neighbor, a vicious man armed with a gun and a grudge. No one -- not even McKinley -- can foresee the end.