From the Grave (Hardcover) 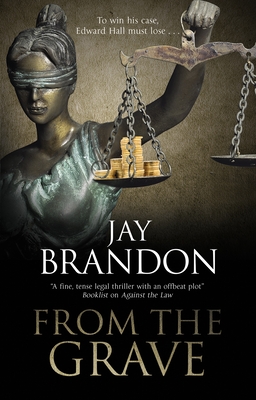 Disbarred defence attorney Edward Hall discovers that in order to win his case he has to lose in this tense and twisting legal thriller. "You want me to represent the most hated man in Houston?" Disbarred Texas lawyer Edward Hall returns to the courtroom after accepting an offer from the District Attorney to represent the most obviously guilty defendant in town. It's a poisoned chalice. Not only is his client charged with kidnapping the DA's sister, he is already well-known for the previous kidnapping of a celebrity's son. But if Edward handles this well, he has a chance to regain his law licence. And Edward understand that by 'handling the case well', the DA means he needs to lose. Labouring under this impossible conflict of interest, Edward prepares for the trial with the help of his resourceful girlfriend Linda. But as the trial approaches, Edward finds himself having to solve and prove a completely different case: one of cold-blooded murder.