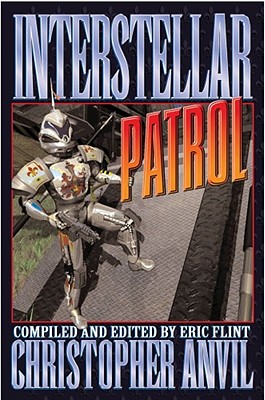 The crew of the ship were marooned on a planet with no ship repair facilities, where the well-meaning schemes of social engineers had created a nightmare of battling gangs. They had their own invention with them-an emotional amplifier, which could cause anyone to feel a heightened emotion, but this wasn't useful at first. If they heightened the locals' sense of pride, they took pride in becoming better criminals. So they pretended to be the Royal Legions, sent by a distant star kingdom in pursuit of an all-powerful villain who was hiding on the planet. Things were going better than they could have hoped, and the planet was rapidly becoming civilized . . . and then the real Royal flagship showed up. They thought they were doomed-but instead they were told they had shown just the type of initiative and intelligence that the new arrivals were looking for. So they were inducted into the Interstellar Patrol. And that was just the beginning. . . .

For two decades, Christopher Anvil had numerous stories in the leading science fiction magazines, and was a frequent and popular contributor to the leading magazine, Analog, where he consistently ranked high in the reader’s polls, and had several stories nominated for Hugo and Nebula awards. Like Keith Laumer, he has a rare ability to combine fast-moving adventure with wry humor. His previous books for Baen were Pandora’s Legions, Interstellar Patrol, Interstellar Patrol II: The Federation of Humanity, and The Trouble with Aliens. His other novels include Strangers in Paradise; Warlord’s World; The Steel, the Mist, and the Blazing Sun; and The Day the Machines Stopped.