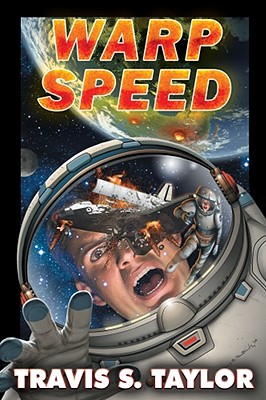 Dr. Neal Anson Clemons, brilliant physicist and martial arts expert, was born at the very moment that men first landed on the moon, and his dream had always been to find a way to travel to the stars. And now he and his team have achieved a breakthrough, both in building a warp drive, and finding a new energy source powerful enough to make the drive more than an interesting theoretical concept. With the help of a beautiful Air Force Major and astronaut, Tabitha Ames, the US Government has funded the project, including assembly in orbit of the first faster-than-light probe. Unfortunately, forces working behind the scenes have much darker dreams, and they do not hesitate to blow up a space shuttle, attempt to kill Neal and Tabitha, and use the stolen warp technology to start what they expect to be a short victorious war with the United States. But Neal has ideas for using warp drive completely unsuspected by America's enemies, and repelling the all-out attack is only the beginning of a titanic struggle to reach the stars.