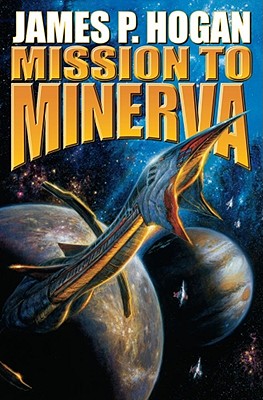 When explorers on the Moon found a skeleton in a space suit of strange design, a baffling mystery began. The skeleton was undeniably human, but carbon dating showed it was older than the human race itself. The mystery deepened with the discovery of a wrecked ship on a moon of Jupiter, showing that another race had once inhabited the Solar System, originating on the now-shattered planet whose remains form the asteroid belt. Then a ship manned by the humanoid "giants" returned, bringing with it answers to the riddle of humanity's origins. But it brought great danger, as Earth found itself caught in a battle between a benevolent alien empire, and another offshoot of the human race who regarded the Earth as their property and were bent on taking it over. That was in the recent past, and the future now looked bright for Earth, as trade and knowledge flowed back and forth between Earth and Thuria, the world the Giants colonized when they left the Solar System aeons ago. Then Dr. Victor Hunt received a phone call-and the face in the phone's video screen was an older version of himself, calling from a parallel world. That was the first step in bridging the gap between the parallel universes of the "multiverse." Unfortunately, it also meant that the enemies who had been decisively defeated in one universe might still be alive and dangerous in another, and could arrive in force at any time. And the possibility soon became a frightening reality. . . .