A Plague of Demons: & Other Stories (Mass Market) 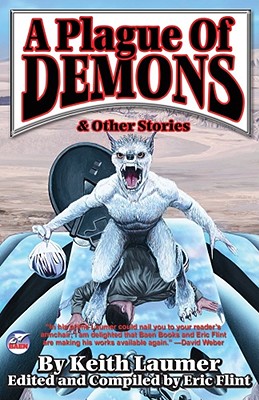 Invisible aliens ruled the Earth, and only one man could see them-and they were hunting him down.

A complete novel of science fiction adventure and a host of short novels in one large volume. A Plague of Demons: One man found out the secret behind the aliens who controlled the world, harvesting "dead" soldiers to fight wars on distant worlds-and only he could stop them, if he could keep from getting harvested himself. Thunderhead: An officer has manned an outpost on a lonely planet for years, watching for the alien enemy that may never come, forgotten by the bureaucracy which sent him there-and then the enemy came! Test to Destruction: Aliens are testing a human prisoner to determine how serious a foe the human race might be-and they have chosen the wrong man to Test to Destruction. And much more.