One of Us (Hardcover) 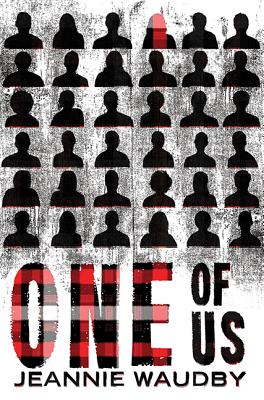 When Two Truths and One Lie Turn Deadly . . .

A narrow escape from a bomb attack.
A radical insurgent organization on the rise.
A place and a people to call her own.

K has a choice to make, and her answer is yes.

Yes to spying.
Yes to making right wrongs of the past.
Yes to leading a double life.

But when the two worlds lead to one trapdoor, will K be able to avoid falling through?

“This is a taut, suspenseful thriller that has obvious parallels with current political events, but what really makes this stand out is the characterization of K/Verity Nekton. The teen is strong and resourceful, but she is also morally conflicted and vulnerable to manipulation. The depictions of her growing affection for the Brotherhood community and her struggles to do the right thing are absolutely believable. VERDICT Recommend this one to teen readers who have tired of dystopias and are looking for something new and different.”
—School Library Journal, starred review

“It's an irresistible page-turner that's full of complex characters rather than stereotypes, tackling a sensitive subject with storytelling that is as engrossing as it instructional about prejudice and the gray areas between right and wrong. A timely and riveting debut thriller about tolerance and the complexities of truth.”
—Kirkus Reviews

“Waudby draws on universal themes that can speak to almost any “us vs. them” conflict, be it religious, ethnic, or cultural.”
—Publishers Weekly