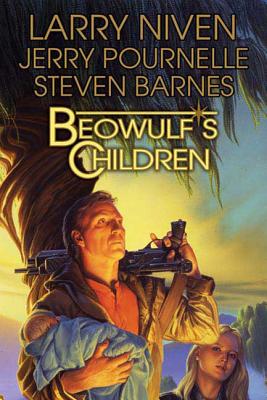 Larry Niven, Jerry Pournelle, and Steven Barnes: this powerhouse trio of science fiction greats unites to further explore the island paradise of Camelot from their classic novel, Legacy of Herorot.

A new generation is growing up on the island paradise of Camelot, ignorant of the Great Grendel Wars fought when their parents and grandparents first arrived on Earth. Setting out for the mainland, this group of young rebels feels ready to fight any grendels that get in their way. On Avalon, however, there are monsters which dwarf the ones their parents fought, and as the group will soon learn, monsters also dwell in the human heart.

Larry Niven is the award-winning author of the Ringworld series, along with many other science fiction masterpieces and fantasy including the Magic Goes Away series. His Beowulf's Children, co-authored with Jerry Pournelle and Steven Barnes, was a New York Times bestseller. He has received the Nebula Award, five Hugos, four Locus Awards, two Ditmars, the Prometheus, and the Robert A. Heinlein Award, among other honors. He lives in Chatsworth, California.

JERRY POURNELLE (1933-2017) was an essayist, journalist, and science fiction author. He had advanced degrees in psychology, statistics, engineering, and political science. As a science fiction author, he is best known for his many collaborations with Larry Niven, including Inferno, Beowulf's Children and The Mote in God's Eye.

Pournelle was the first ever winner of the John W. Campbell Award for Best new Writer in 1973.

Steven Barnes is the author of several science fiction classics. His first collaboration with Larry Niven, The Locusts, was nominated for the 1980 Hugo award. He has also written several episodes for The Outer Limits, Baywatch, and other television shows. He lives in Longview, Washington.