The Radiant Seas (Saga of the Skolian Empire #4) (Paperback) 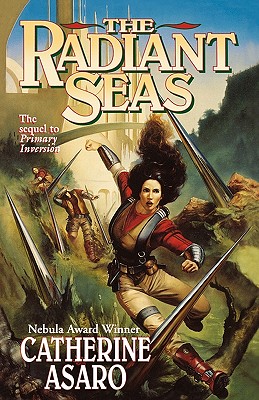 Living in exile on a deserted planet, Sauscony and Jaibriol, each the heir to an interstellar empire, become entangled in the machinations of the Skolian Empire. Interstellar war erupts and Jaibriol is snatched away to be the unwilling ruler of the Highton Aristos. Sauscony must lead an invading space fleet to rescue him from his own Empire-without revealing that they are married. With much of interstellar civilization poised on the brink of destruction, it is the devotion of these two lovers, their sacrifices, and their heroism, that might just forge a new order.

“The denouement makes it clear that Primary Inversion can only be the first volume of a series, a discovery that should please most fans of tough-minded space adventure."--San Francisco Chronicle"Fast, smart, speculative and full of theorizing about faster-than-light drive, Primary Inversion is another stellar debut.” —Los Angeles Daily News