Keep This to Yourself (Hardcover) 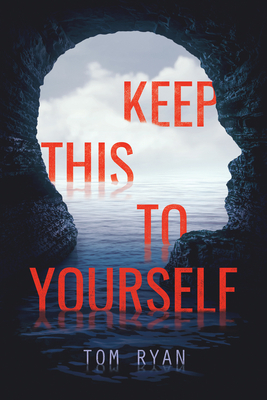 It's been a year since the Catalog Killer terrorized the sleepy seaside town of Camera Cove, killing four people before disappearing without a trace. Like everyone else in town, eighteen-year-old Mac Bell is trying to put that horrible summer behind him—easier said than done since Mac's best friend Connor was the murderer's final victim. But when he finds a cryptic message from Connor, he's drawn back into the search for the killer—who might not have been a random drifter after all. Now nobody—friends, neighbors, or even the sexy stranger with his own connection to the case—is beyond suspicion. Sensing that someone is following his every move, Mac struggles to come to terms with his true feelings towards Connor while scrambling to uncover the truth.

Tom Ryan is the author of Totally Unrelated and Way to Go. He was born and raised in Inverness, Nova Scotia. At various points in recent years he has hung his hat in Halifax, NS; Victoria, BC; and Ottawa. Tom lives with his partner and dog in Ottawa, Ontario.

"A classic whodunit complete with an atmospheric coastal setting, red herrings galore, and a gay teen detective you’ll root for from page one." —Malinda Lo, author of A Line in the Dark

"With sharp twists, mounting tension, and a doozy of an ending–not to mention a little sweet romance–this is a page-turner you will not want to keep to yourself." —Caleb Roehrig, author of Last Seen Leaving

"Keep This to Yourself is full of twists and turns that keep readers second guessing and flipping pages right until the end. I fell in love with the characters—even when I wasn’t sure who I could trust." —Eileen Cook, author of With Malice and You Owe Me a Murder

"Suspenseful, genuinely creepy and so cleanly plotted, readers may want to start the book all over again once they've solved the mystery." —Shelf Awareness

"A gripping murder mystery on the surface, but underneath, it is an exploration of identity and grief.... readers will plow through Keep This to Yourself in one sitting." —Kimberly Giarratano, BookPage

"As a thriller, Keep This to Yourself delivers twists and turns aplenty, but its personal elements are just as thrilling and suspenseful." —Quill & Quire