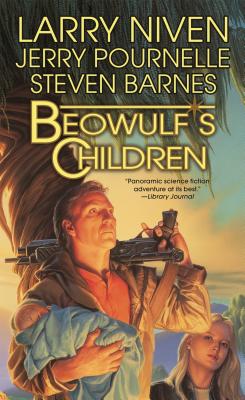 Born in Los Angeles in 1952, Steven Barnes began writing at the age of five, and since that time has published over two million words. His first published collaboration, "The Locusts," was nominated for the 1980 Hugo award, and his Outer Limits episode "A Stitch In Time" was nominated for a Cable Ace Award and won an Emmy for Amanda Plummer. He also wrote a one-woman show based on the life of Bessie Coleman (the first Black Aviatrix), been the Kung-Fu columnist for Black Belt Magazine (he holds dan rankings in Judo and Karate), and served as the host of the world's longest-running science fiction radio show, Hour 25. Currently living in Washington State with his wife, Novelist Tananarive Due and his daughter Lauren Nicole, Steven is working on a series of novels set in prehistoric Africa, for which he recently spent two weeks on Tanzania's Serengeti plain.Larry Niven is the multiple Hugo and Nebula Award-winning author of the Ringworld series, along with many other science fiction masterpieces. His Beowulf's Children, co-authored with Jeery Pournelle and Steven Barnes was a New York Times bestseller. He lives in Chatsworth, California.Jerry Pournelle (1933-2017) was an essayist, journalist, and science fiction author. He had advanced degrees in psychology, statistics, engineering, and political science. As a science fiction author, he is best known for his many collaborations with Larry Niven, including Inferno, Beowulf's Children and The Mote in God's Eye. Pournelle was the first ever winner of the John W. Campbell Award for Best new Writer in 1973.