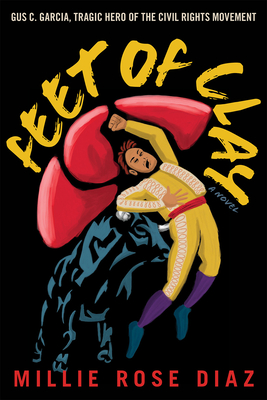 In the early 1950s, a Mexican American man named Gus has become a top Texas civil rights attorney—a climb that has been bedeviled by his competing obsessions with the law, la raza, the ladies, and Chivas Regal whisky.

On the day he learns his failed marriage has rendered him homeless, Gus hastily takes on a new client, a man accused of shooting and killing a man outside a bar in Edna. The case becomes one about equal representation when his associates uncover a disturbing fact: no minority or person of color has sat on a Jackson County jury in at least twenty-five years. Without funds, without political support, Gus and his team courageously pursue a demanding course that forces them to battle the system at every turn.

The case and Gus himself are targeted by Symmetry, an elitist, ultraconservative secret society bankrolled by Texas oil barons. A representation of the many extant southern white supremacist groups of the day, the group engages Gus’s longtime nemesis to stop the progression of the case using schemes of persuasion and bribery.

Gus finds occasional solace when he begins a relationship with the world’s first female bullfighter, but his unresolved past threatens his well-being. The story also introduces a young Mexican American girl who learns the complications of being shades darker than her sister and struggles to find her voice.

When MILLIE ROSE DIAZ learned her hometown was the beginning backdrop to the first Supreme Court case won by Mexican Americans, she found a purpose. Before that, she spent five years as sports and managing editor of the Jackson County Herald-Tribune, where she is now a part-time reporter. She lives in Edna and writes fiction accompanied by her exceptionally perfect black cat, My Love.