Meanderings of a Former Farmer (Paperback) 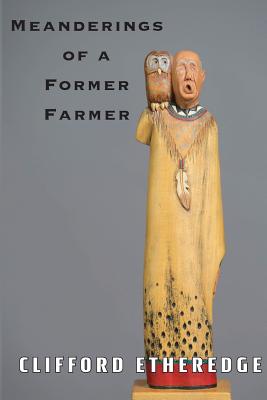 Here are the surprising insightful poems, observations and thoughts of Cliff Etheredge, a one-armed Stetson hat-wearing former cotton farmer from West Texas. His thoughts about life, struggle, unfairness, honesty, conviction, morality and love flow from his left hand onto the paper with seeming ease. The reader of this collection of poems, one-liners, stories, and startling impressions will never know what to expect next as thoughts of very different natures and niches of life unfold. One poem doesn't necessarily take the same tack as the last one. Style is not an issue - understanding and conviction are. One may have rhymes, another may not. One may be a four word statement of moral conviction, another a novel capturing an entire life and character in only four sentences. Some are puzzling, some are zingers, capturing in a few lines something you always knew, bu had never considered. Some you read three times and still don't seem to get it, bu you know it is there. The book is not too long, the poems are not long, but they are concise and to the point and deeply understanding of life's dilemmas. Once the first poem has been read, it is nearly impossible not to go ahead and read the next one, then the next one, then the next one. -- Bill Wiman, Distinguished Professor Emeritus, University of Texas at Austin