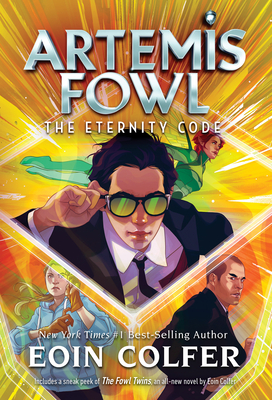 This is book number 3 in the Artemis Fowl series.

From New York Times best-selling author, Eoin Colfer comes his second book in the Artemis Fowl series about a teenage criminal mastermind and his siege against dangerous, tech-savvy fairies.

The internationally best-selling series inspired the movie, Artemis Fowl, now streaming on Disney+!
Artemis Fowl has created the most powerful new supercomputer known to man--using stolen technology from an elite race of underground fairies.
When the computer falls into the hands of an IT billionaire with a mob connection, Artemis is in deep trouble.
Only one fairy can help now. If only he wasn't the fairies' public enemy number one. . .