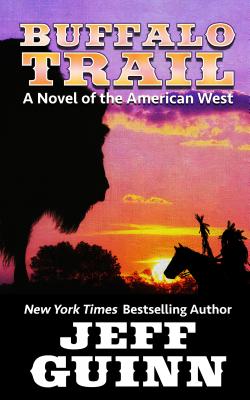 By Jeff Guinn
Email or call for price.
Out of Print

New York Times bestselling author of The Last Gunfight Jeff Guinn once again brings the Old West to life in the grand follow-up to Glorious.
After barely escaping nemesis Killer Boots in the tiny Arizona Territory town of Glorious, Cash McLendon is in desperate need of a safe haven somewhere anywhere on the frontier.
Fleeing to Dodge City, he falls in with an intrepid band of buffalo hunters determined to head south to forbidden Indian Territory in the Texas Panhandle. In the company of such colorful Western legends as Bat Masterson and Billy Dixon, Cash helps establish a hunting camp known as Adobe Walls. When a massive migration of buffalo arrives, Cash, newly hopeful that he may yet patch things up with Gabrielle Tirrito back in Arizona, thinks his luck has finally changed.
But no good can come of entering the prohibited lands they ve crossed into. Little do Cash and his fellows know that their camp is targeted by a new coalition of the finest warriors among the Comanche, Cheyenne, and Kiowa. Led by fierce Comanche war chief Quanah and eerie tribal mystic Isatai, an enormous force of two thousand is about to descend on the camp and will mark one of the fiercest, bloodiest battles in frontier history.
Cash McLendon is in another fight for his life and this time running is not an option.

Jeff Guinnis the bestselling author of numerous works of fiction and nonfiction, including"Manson," "The Last Gunfight," and"Go Down Together: The True, Untold Story of Bonnie & Clyde."A former books editor at the FortWorth" Star-Telegram"and an award-winning investigative journalist, Guinn is a member of the Texas Institute of Letters and the Texas Literary Hall of Fame. He lives in Fort Worth."