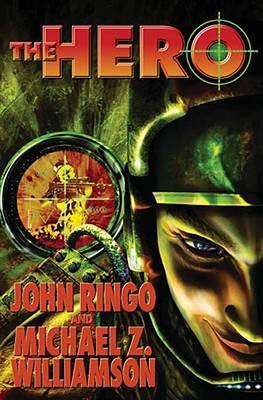 It's a matter of trust. For thousands of years the Darhel, a warrior species conditioned to be incapable of killing, manipulated and controlled the human race. Then the humans threw off their yoke. Now, for the first time, a Darhel has been assigned to the elite Deep Reconnaissance Team commandos. Trust, in a small unit, is vital. And there was no trust to be had on either side. But when the mission encountered an alien device worth more than a king's ransom, it was the humans who betrayed the trust. Now the despised Darhel must race against the team's sniper to prevent the artifact falling into the wrong hands. The Darhel has empathic powers, superhuman strength and the speed of a cheetah. The sniper has years of experience and enormous ability. The sniper can kill. The Darhel cannot. The fate of the galaxy and the human race for the next thousand years rests on the shoulders of a Darhel. The Hero has a thousand faces, but is one of them the face of an elf?