East of the Sun and West of the Moon (Hardcover) 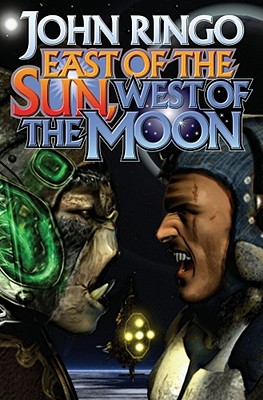 When the council that controlled the world spanning computer Mother fell out in civil war, it plunged the world in an instant from high-tech utopia to medieval nightmare. Now Herzer Herrick and Megan Trevante have been assigned the mission to capture the spaceship that supplies the fuel for the whole world. Given that Herzer vaguely thinks orbital decay is something having to do with teeth it should be . . . interesting. With all the usual combat expected in a John Ringo novel, East of the Sun and West of the Moon sheds new light on the bizarre relationship between Herzer and Megan, the politics of the new born world and fascinating details of space technology. .