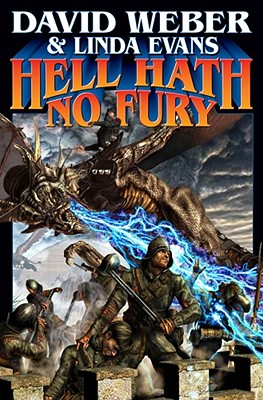 This is book number 2 in the Multiverse series.

It began with two men. They came from very different worlds entirely different universes, in fact and they met in a virgin forest on a duplicate planet Earth. Neither of them had expected it, both of them realized how important the first contact with any other trans-universal human civilization might be. But something went wrong. Neither side knows who shot first. But both the magic-using civilization of Arcana and steel-and-steam age Sharona, with its psionic Talents, think it was the other side. And it doesn't really matter, now, because the original incident has snowballed. Both sides have additional dead to mourn; both sides have additional wrongs to avenge. Both sides have additional military forces moving towards the front. War between the universes is the last thing responsible leaders on either side want. But the fury of their respective populations, xenophobic fear of the unknown, and cries for justice (or vengeance), are all driving both sides towards the brink. The actions of local military commanders and diplomats may well determine the final outcome, and unscrupulous, power-hungry men and Arcana and Sharona alike have agendas of their own. The fuse has been lit, and a war stretching across the universes, across an endless succession of identical Earths, fought between dragons, spells, and crossbows and repeating rifles, machine guns, and artillery is about to begin in white-hot rage and fury. Where it will end and how no one knows.