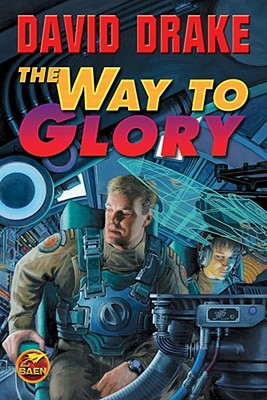 This is book number 4 in the Lt. Leary series.

Violence racks Cinnabar. The fleets of the tyrannical Alliance are on the move, and at home class riots threaten to rip apart not only society but the Republic of Cinnabar Navy. Lt. Daniel Leary has earned promotion, but the needs of the Republic and the RCN require that he serve under an officer whose paranoia has already led him to execute crewmen out of hand. Signals Officer Adele Mundy has repeatedly proved her skills and loyalty as Cinnabar's most accomplished intelligence agent, but now elements within the Republic want to draw her into a conspiracy like the one that led to her parent's massacre. Leary and Mundy battle their way from riot-torn streets to spies in an outlying base and an anarchic planet where violence is the only law, but if they succeed at every stage, one test still remains: a space battle against an overwhelming Alliance force. Even for Daniel Leary it will be a difficult fight to win¿and almost impossible to survive.

David Drake was attending Duke University Law School when he was drafted. He served the next two years in the Army, spending 1970 as an enlisted interrogator with the 11th Armored Cavalry Regiment in Viet Nam and Cambodia. Upon return he completed his law degree at Duke and was for eight years Assistant Town Attorney for Chapel Hill, North Carolina. He has been a full-time freelance writer since 1981. Besides the previous novels in the Lt. Leary series (with the Lightnings, Lt. Leary, Commanding and The Far Side of the Stars), his books for Baen include the best-selling Hammer¿s Slammers series (the most recent entry being Paying the Piper) and such stand-alone books as Ranks of Bronze, Starliner, All the Way to the Gallows, Redliners, and many more. For Tor, he has written the best-selling ¿Lord of the Isles¿ fantasy series, the most recent installment being Master of the Cauldron.