Echoes of an Alien Sky (Hardcover) 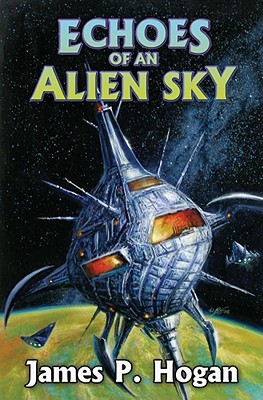 Eighteen years have passed since the first manned mission to Earth arrived from Venus. With the first colonists already establishing themselves across the bright, sunny world of clear blue skies and wonderlands of towering mountains and ice deserts, Kyal Reen arrives to join the Venusian scientific and archeological teams that are working to reconstruct the story of the mysterious and enigmatic extinct Terran race that once flourished there. Studies of Terran geology, scientific works, and ancient records show that Earth's early peoples witnessed terrifying cataclysmic cosmic events in skies very different from those seen today. In his travels among the Terran ruins, Kyal meets a biologist called Lorili, who is attempting to explain certain baffling similarities between some Terran and Venusian life forms that are irreconcilable with the established fact that Venus is a far younger planet than Earth. Formerly aligned with the ¿Progressive¿ activists back on Venus, Lorili admires the qualities of tenacity and determination written through Terran history. She constructs a theory of Venusians being descended from Terran ancestors. However, even allowing for the greatly exaggerated time scales that Terran science assigned to the processes of biological and planetary evolution, further research shows that there could have been no overlap. The Terrans were extinct long before life emerged on Venus. But there is a different, unexpected answer to the riddle. Lorili and Kyal will have to fight for their theory and their lives.