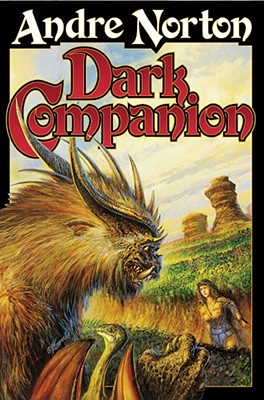 In a future where humanity has scattered itself across the stars and Earth itself is now a dimly-remembered place of legend, two worlds of near-supernatural strangeness challenge two naive but courageous heros. The planet Beltane had been unscathed by the all-encompassing war of the four Sectors when Vere Collis and his friends, exploring caves underground, were trapped by powerful explosions on the surface. Their leader was killed, but the group wandered for days underground to find a way to the surface. They emerged to find that they were the last human survivors on Beltane. Only strange and deadly mutant creatures now roamed the surface. Elsewhere in the galaxy, Kilda¿s home planet had no place for her, so she took employment as a teacher and governess to two young children on the planet named Dylan. But she soon found that one of her charges has an invisible ¿dread companion¿¿and soon Kilda knows that the companion is not imaginary at all, as it leads her charges into an other-dimensional world resembling the legends of Faerie. Though the other world has unknown dangers on every hand, Kilda follows the children across the spatial barrier, knowing that she is their only hope. Two complete novels of two very different heroes battling alien and unknown evil, and fighting to protect the helpless in worlds that are wondrous, terrifying, and utterly alien.

Publisher¿s Note: Dark Companion has previously appeared separately as Dark Piper and Dread Companion. This is the first combined publication in paperback of the complete book.

A legend in science fiction and fantasy, Andre Norton was universally acknowledged as one of our greatest storytellers. Called ¿a superb talent¿ by The New York Times, she wrote science fiction novels for five decades, beginning with the now-classic Star Man¿s Son in 1952. She was Guest of Honor at the 1989 World Science Fiction Convention, is a Grand Master of the Science Fiction Writers of America and a recipient of the Lifetime Achievement Award of the World Fantasy Convention. She was astoundingly prolific, writing over thirty books in her celebrated ¿Witch World¿ series alone before her death in 2005, and still stands today as one of the most popular authors in both fantasy & SF.