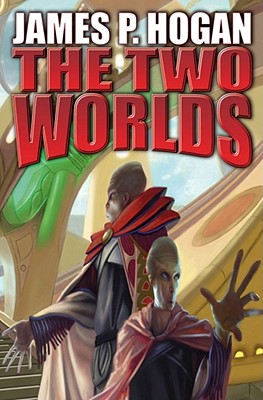 This is book number 2 in the Giants series.


Giant’s Star: The aliens from Ganymede bought with them answers that forever changed human history. Finally, humans thought they comprehended their place in the universe – that is, until they learned of the Watchers in the stars. Now Earth finds itself in the middle of a power struggle between a benevolent alien empire and an off-shoot group of upstart humans who hate Earth more than any alien ever could.

Entoverse: Jevlen is a rational society managed to perfection by immense super computer JEVEX – until now. Things are falling apart, people are changing, or being changed, and shutting down JEVEX doesn’t help. The changed behave as if they are possessed by demons. Meanwhile in a nearby, completely different universe, rationality is creeping into a world where magic has always held sway. Logic, the magic of this world, is beginning to work! Cause is actually leading directly to effect! What’s more, with the proper concentration and purity of mind, crossing over into a new, rational universe can be achieved. Jevlin is that destination, of course, and the collision is between not just worlds, but universes with completely opposing operating systems.


New York Times best-selling author James P. Hogan was born in London in 1941 and studied general engineering at the Royal Aircraft Establishment, Farnborough, subsequently specializing in electronics and digital systems. His first novel, Inherit the Stars, which was also the first in his Giants series, was hailed as a major science fiction novel in the grand tradition, combining accurate cutting-edge science with living, breathing characters. Isaac Asimov raved that the novel was “Pure science fiction,” and added “Arthur Clarke, move over.” In 1979 Hogan became a full-time writer, and the electronics field’s loss is every science fiction reader’s gain. He now divides his time between Ireland and Florida.