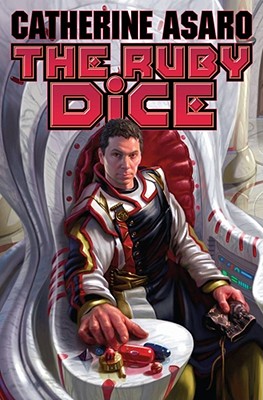 This is book number 15 in the Skolian Empire series.

Two men, two empires. Jaibriol ruled the Eubian Concord: over two trillion people across more than a thousand worlds and habitats. Kelric ruled the Skolian Imperialate. War had come before--ten years ago, Jaibriol had lost his parents in the final battle of the Radiance War between the Concord and the Imperialate--and it might come again, devastating vast swathes of the galaxy. Neither Jaibriol nor Kelric wanted war, but neither was complete master of his realm. And each hid a secret that, if revealed, might be his downfall. Jaibriol was a secret psion, with telepathic abilities, and to be a psion in the Eubian Concord was to be a contemptible slave, eventually to be tortured for the pleasure of the slave's owner. Kelric, years ago, had disappeared for nearly two decades. He had been a prisoner and slave on the planet Coban, part of neither empire, until he had managed to escape. And if the Skolian Imperialate knew of his captivity, there would be demands for vengeance, ravaging Coban--and killing the wife and children Kelric had left behind when he escaped. Neither man knew how much longer he could keep his secret--nor how much longer they could hold back the threat of a war that could incinerate hundreds of inhabited worlds.

Catherine Asaro has an M.A. in physics, and a Ph.D. in chemical physics, both from Harvard. She has done research at the University of Toronto, The Max Planck Institute, and the Harvard-Smithsonian Center for Astrophysics. A former ballet and jazz dancer, she founded the Mainly Jazz Dance program at Harvard and now teaches at the Caryl Maxwell Classical Ballet. She has written ten novels in the popular Skolian Saga, the latest being Schism (Tor, 2004) as well as two near-future technothrillers, The Veiled Web and The Phoenix Code. She currently runs Molecudyne Research and lives in Maryland with her husband and daughter.