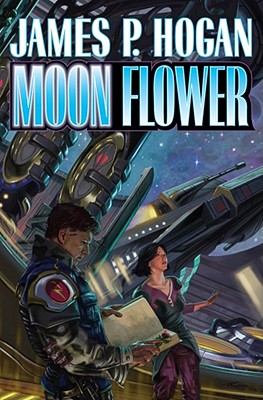 Something strange is happening on the planet Cyrene, which is in the early phases of being "developed" by the mammoth Interworld Restructuring Corporation. Terrans from the base there have been disappearing. Myles Callen, a ruthlessly efficient "Facilitator," is sent to investigate. Also with the mission is Marc Shearer, a young, idealistic quantum physicist, disillusioned with the world, who's on his way to join a former colleague, Evan Wade. On arrival he finds that Wade too has vanished and doesn't want to be found by the Terran authorities. Wade has arranged contact via the Cyreneans, however, and accompanied by two companions that he has befriended, Shearer embarks on a journey to find his friend that will change Cyrene -- and Earth itself.

James P. Hogan is a science fiction writer in the grand tradition, combining informed and accurate speculation from the cutting edge of science and technology with suspenseful story-telling. His first novel was greeted by Isaac Asimov with the rave, "Pure science fiction . . . Arthur Clarke, move over!" and his subsequent work quickly consolidated his reputation as a major SF author. He has written nearly twenty novels including Cradle of Saturn and Bug Park (both Baen), the Giants series (Del Rey), the New York Times bestsellers The Proteus Operation and Endgame Enigma, and the Prometheus Award Winner The Multiplex Man.