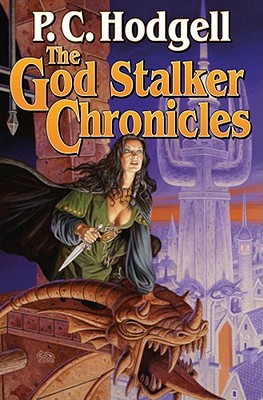 1. The novels of the Kencyr series have been praised by readers and critics, and have been Science Fiction Book Club selections. 2. Advertising in Locus and Romantic Times 3. Baen will be publishing the long-awaited fifth novel in this series. 4. Featured book on Baen.com 5. Co-op available Jame is a Kencyrath, the chosen people of the Three-Faced God, who fight the demonic being called Perimal Darkling. At the same time, she fights an internal battle for their honor because 3,000 years ago the leader of the Kencyrath betrayed his people to the Darkness for his own immortality. She also must find her ten-year older brother Tori and return to him the sword and ring of their father. If that is not enough she has to stand before the rathorns, wear the cloak of living snakes, kill one god, and resurrect another. All in a day's work for Jame. P.C. Hodgell writes the most strikingly weird and wonderful stories in epic fantasy today.--Charles Stross "Hodgell has crafted an excellent and intricate fantasy with humor and tragedy, and a capable and charming female hero. Highly recommended." --Library Journal Publisher's Note: The God Stalker Chronicles has been previously published as two separate novels, God Stalk and its sequel Dark of the Moon.

Pat Hodgell can't remember a time when she wasn't passionately interested in science fiction and fantasy. She's sold stories to such anthologies as Berkley Showcase, Elsewhere III, and Imaginary Lands and has also published four novels. God Stalk and Dark of the Moon, the novels included in The God Stalker Chronicles, begin her critically praised fantasy saga which is concerned not! only with high adventure, but also with questions of personal identity, religion, politics, honor, and arboreal drift. She earned her doctorate at the University of Minnesota with a dissertation on Sir Walter Scott's Ivanhoe, and is a graduate of both the Clarion and the Milford Writers Workshops. Recently retired, she was a lecturer at the University of Wisconsin-Oshkosh in modern British literature and composition, and teaches an audio-cassette-based course on science fiction and fantasy for the University of Minnesota. Pat lives in Oshkosh, Wisconsin, in a nineteenth-century wood-framed house, which has been in her family for generations. In addition to writing and teaching, she attends science fiction conventions, collects yarn, knits, embroiders, raises cats, and makes her own Christmas cards.