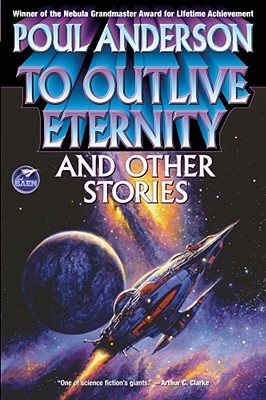 1.       Poul Anderson is one of science fiction’s most popular writers, and this generous volume of his best work, with wide-ranging themes and settings, will attract his thousands of fans and win him many new ones.

2.       Included is a complete novel, After Doomsday, and a number of equally exciting short novels.

From the aftermath of World War III to a world inherited by robots, where humans are unwelcome ... from a handful of human survivors on a starship desperately searching for other ships carrying survivors of the destruction of the entire Earth by an unknown enemy, who may strike again at any time, to another starship hurtling through the cosmos at a speed so close to that of light—and unable to slow down—that relativistic effects make millennia fly by for each tick of the clock onboard . . . from a team striving to make Venus habitable for humans to a group of men who find the ominous secret behind a new quasi-religious philosophy that is sweeping the world. . . . The wide-ranging imagination and exciting storytelling of Poul Anderson brings many different worlds to vivid life in a great volume of his best stories that will thrill all fans of science fiction.

Poul Anderson was one of the most prolific and popular writers in science fiction. He won the Hugo Award seven times and the Nebula Award three times, as well as many other awards, notably including the Grand Master Award of the Science Fiction Writers of America for a lifetime of distinguished achievement. With a degree in physics, and a wide knowledge of other fields of science, he was noted for building stories on a solid foundation of real science, as well as for being one of the most skilled creators of fast-paced adventure stories. He was author of over a hundred novels and story collections, and several hundred short stories, as well as several mysteries and non-fiction books. He died in 2001.