Storm from the Shadows (MP3 CD) 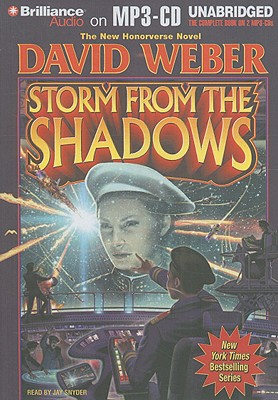 By David Weber, Jay Snyder (Read by)
Email or call for price.
Out of Print

This is book number 7 in the Honorverse (Audio) series.