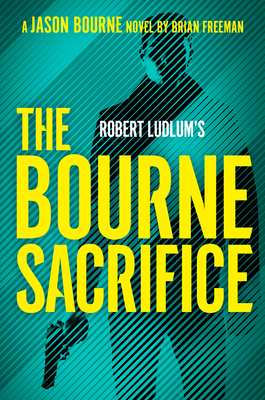 Jason Bourne and a former ally join forces to take down a murderous tech giant in the latest electrifying entry in Robert Ludlum's New York Times bestselling series. Abby Laurent is an investigative reporter. The last time she worked with Jason Bourne she almost lost her life, but now she's deep into the biggest story of her career. If she can prove her case, she'll rock governments from DC to Europe. Obviously with that much on the line there are a lot of people who are willing to take her off the board. She has only one option--find Bourne and convince him to help her.

Brian Freeman is the bestselling author of more than twenty novels, including the Jonathan Stride and Frost Easton series. His Audible original, The Deep, Deep Snow, hit the New York Times audio bestseller list. His novels have won the International Thriller Writers Award and the Macavity Award and been finalists for the Gold Dagger, Edgar, Anthony, and Barry Awards.Robert Ludlum was the author of twenty-seven novels, each one a New York Times bestseller. There are more than 225 million of his books in print, and they have been translated into thirty-two languages. He was the author of The Scarlatti Inheritance, The Chancellor Manuscript, and the Jason Bourne series--among other novels. Ludlum passed away in March 2001.