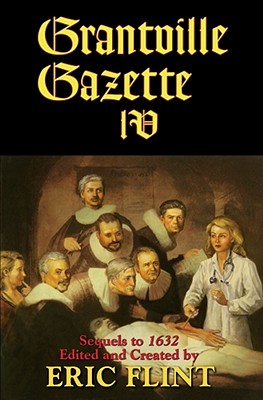 This is book number 10 in the The Ring of Fire series.

A New Installment in the New York Times Best-Selling Series.

Return to Grantville, the American Town Lost in Time, as Heavy Metal Music, Power Mowers, Insider Trading, and the “Semper Fi” Attitude Bewilder and Subvert the Seventeenth Century Beyond Recognition.

After the West Virginia town of Grantville was unceremoniously hurled back through time to the 1630s, the seventeenth century would never be the same. Teenage capitalist girls have formed an investment group; a linotype operator, whose profession was wiped out by computers, finds a new life in an old century; a narrow gauge railroad, with a sit-down mower doubling as a locomotive, revolutionizes military transportation; the proud tradition of the U.S. Marines is started ahead of schedule among downtime Europeans; and what will the master musicians and composers of the pre-Bach era make of heavy metal sounds? On a more personal level, two young lovers celebrate Christmas in a strange land and time, a skilled blacksmith clashes with his guild, and a woman loses her husband in an industrial accident and decides to leave Grantville. Plus factual articles on the problems of beginning an oil industry, building a machine gun, or starting up the manufacture of textiles centuries ahead of their time. All this and more in a new and absolutely indispensable volume for the many followers of the 1632 series.