The Science Behind The Secret: Decoding the Law of Attraction (Paperback) 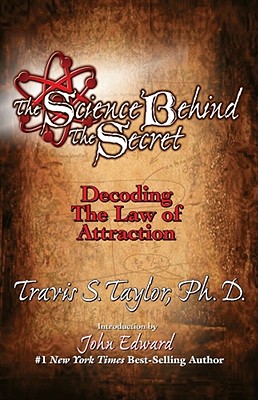 We Create Our Own Relaity and Science Says It’s True! The Laws of Attraction Do Exist and are Explained in Layman’s Terms by a NASA Scientist. With an Introduction by John Edward.

For over forty years, writers have described and pondered the aspects of The Law of Attraction in works such as The Power of Positive Thinking, Creative Visualization and the phenomenal best seller, The Secret. Millions of copies of books on this subject have been sold in just the past two years. Now, Dr. Travis S. Taylor connects these visionary concepts to modern physics, and in The Science Behind The Secret shows that with every thought we have we are creating our own reality; and that we can control our own realities if we learn how through The Science Behind The Secret!
Dr. Taylor, a scientist, engineer and science fiction writer who has studied the esoteric nature of quantum physics and the universe, takes the reader on an eye-opening journey of understanding this theory. Through modern quantum physics, Dr. Taylor shows that The Secret is actually a restatement of the accepted physical models of quantum coherence and entanglement.
The Science Behind The Secret explains these advanced scientific concepts through popular culture references, science fiction examples, philosophy discussions, self-help stories, and literary anecdotes in an amusing way that only a skeptical Southern scientist could.